Spicing Up Encounters: The Run-Away Wagon

Here's how to play it.

The Wagon is a 3 by 5 rectangle.  Yes, 15 by 25 feet is a little extreme for a wagon, but otherwise we wouldn't have enough room to fight.  The row by the horses is considered difficult terrain, as there is a seat for the driver there.

The horses need to be modified a little bit too.  There are two horses to this wagon, but having two large creatures isn't really going to cut it in terms of spacing or realism.  Use the horse statistics, but make them one square by 2 squares.  Sacrilege, I know, but it makes far more sense conceptually.

Throughout the encounter, the wagon is traveling at 40 mph, or about 360 feet per round.  Obviously, just draw the wagon on the battle grid.  The cliff is 1,800 feet away from the start, or 5 rounds.

The ride, and thus the encounter, is going to be 5 rounds long.  At the end of the 5th round, the wagon will plummet off the cliff.

The fight proceeds much like any other fight does, but in much smaller quarters.  Casters suffer a concentration check for vigorous motion (10 + spell level), but other than that things are normal, if a bit cramped.

At the end of the Second Round and the end of the Fourth Round, the wagon will hit a bump.  All those on board must make an Acrobatics 15 check or fall prone.

If either horse dies, or the wagon is dealt some cataclysmic or unbalancing blow, the wagon immediately crashes.  If the wagon crashes, all players are thrown from the wagon, and are dealt the appropriate damage.  They are dealt an additional 3d6+10 damage (Reflex 20 halves) from the wagon splintering apart.

The horses are connected to the wagon by a thick wooden pole, or "tongue," that runs between them.  If this can be severed before the fourth turn, then the wagon will stop before the cliff.  If the tongue is severed on the fourth or fifth turn, then it is too late and the wagon will not slow down in time.  Because of the vigorous motion of the wagon, the tongue is treated as a wooden object with Armor Class 14, Hardness 5, 20 hit points, and a break DC of 23.

Falling off the Wagon

If characters fall or jump off the wagon, they are dealt damage as if they had fallen 50 feet.  Characters may use acrobatics to mitigate this damage using the falling rules.

Falling off the Cliff

Falling off the Cliff is a really bad option.  You should always warn the characters on the 5th round that they either should jump off the wagon now, or they are going off the cliff.  The cliff is 100 feet tall, but the added forward momentum of the wagon yields damage as if the characters had fallen 110 feet.  Additionally, the wagon splinters and breaks upon impact, dealing 3d6+10 (Reflex 20 halves) damage to anybody who remained on it.  Overall, this can amount to 14d6+10 damage: on average, 60 damage. 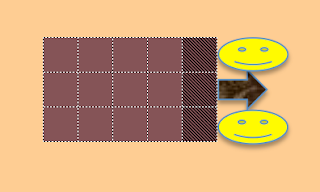