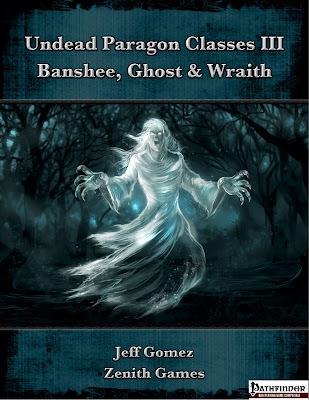 Ever wanted to play a wraith?

Welcome to the strange and terrifying world of incorporeal undead.

Undead Paragon Classes III introduces three new 1-20 player classes: the Banshee, Ghost and Wraith. These classes provide strong, balanced options for undead players while hitting all of the classics of each monster. Undead Paragon Classes also delivers a 0RP racial template, the Ectoplasm, which can be added to any other race to make it an incorporeal undead. Why play a dwarf when you can play an ectoplasmic dwarf?