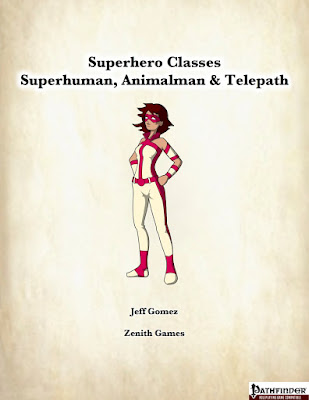 It’s a bird, it’s a dragon, it’s a superhero! Faster than a speeding arrow, more powerful than a rampaging troll, capable of leaping tall castles in a single bound!  Superhero Classes: Superhuman, Animalman and Telepath introduces three new base classes for the superhero fans among us. They remain true to the source material, flexible enough to build nearly any superhero you can think of, and friendly enough to the fantasy landscape to fit into any campaign.